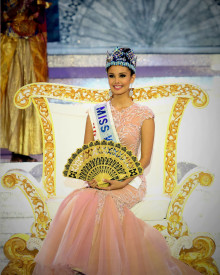 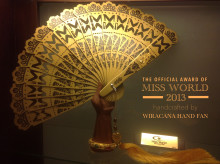 During 25 years, Wiracana not only distribute to Indonesia but also abroad to Europe, Asia, America, Africa, and Australia. It’s a proud when Wiracana handfan more and more known by people especially well known people such as state officials and some Indonesian artists even International artist, Anggun, who becomes the ambassador of wiracana nowadays.
Besides Siddhakarya, award in the field of productivity in 1997, on December 7th, 2012, Wiracana also received Gold Award for Indonesia Good Design Selection (IGDS) 2012 from the Indonesian Ministry of Industry presented by President Susilo Bambang Yudhoyono at the State Palace, which certainly become a meaningful gift in Silver anniversary of Wiracana that time and The Official Awards of Miss World 2013 in Bali.